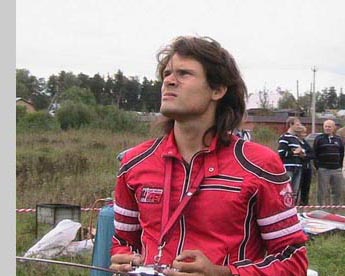 but it is developing actively under the hard economic conditions. All the more so the modern model aeroplane flying (the main activity of the club) is rather a high-priced activity.
The club persists and develops largely due to the director Oleg Zaharov. Being one of the best sportsman pilots of Russia he shows remarkable leadership abilities – the club has received the support of the Administrative Board and Municipality for the Alekseevsky district of the City of Moscow and of the Prefecture of the Moscow North-East Administrative District. Besides, he can do things himself, and he is the main initiator and performer of many outstanding projects. Among them:
- a series of flight models “EXTRA” (they can be easily used in the competitions of international level);
- unmanned airplane (UMAP) is made to order for EMERCOM 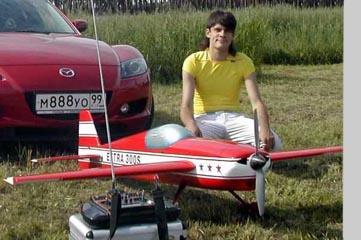 (it was dubbed as “Cheburator” (it is the changed name of the Russian cartoon hero - Cheburashka, a small funny animal with very big ears) in jest by members of the club, but in point of fact it has showed such flying qualities that is beyond a joke) see the picture
- the wholly electrical flying model-copy “TU-154” (where the real “TU” has turbines the model has small electrical motors with fans – so named impellers on light lithium-pol accumulators with great capacitance);
- jet propelled model-copy “MIG-21” with a real turbine;
- and also exclusive transfigured with his own hands “Volga-24” with Wankel engine (the article upon it can be found in the magazine “Car Tuning”, January, 2004.

Another person should be mentioned as constituting the backbone of the club – it is Victor Barovkov, the instructor.

Or just uncle Vitya for his club mates. The most part of his life Victor was connected with the heavy aviation. When he had been retired he didn’t drop his vocation but continued to share his skills and know-how as an instructor with the constructors and pilots to be. Currently he himself actively takes a part in competitions and develops such a rare direction in the home modeling as construction of jet-propelled model-copies.


Recently due to the help of the Prefecture of the Moscow North-East Administrative District renovating of the club has been made. Now it has an excellent modern look and, what is also important, a good ventilation system is installing.     Now new modern directions and technologies of aviamodelling being digested in the club – electrical and jet-propelling aircrafts being constructed. 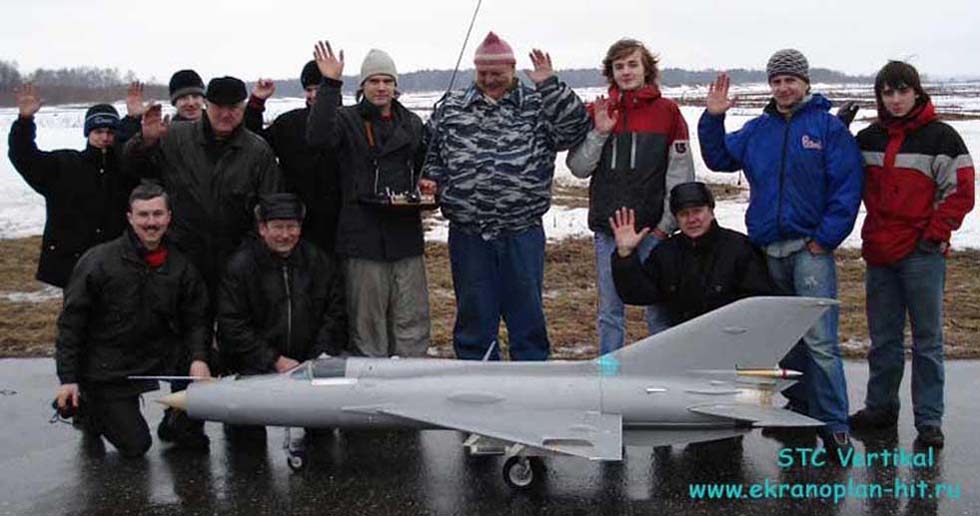